OC Global created a system to stabilize power in the north of Mozambique.

Rapid increases in power demand in Mozambique were being driven by economic growth. However, in northern Mozambique, the electrification ratio in 2012 stood at approximately 10%, despite high potential power demand, particularly along the Nacala Corridor linking the center of the country to the strategically important Nacala Port. Further, a shortage of substations and deterioration of the old existing substations was a bottleneck to sufficient and stable power supply in this region.

To address the inadequacy of the electric power distribution network in the Nacala Corridor, the Japanese and Mozambique governments agreed to apply Japan’s grant aid system to the problem.

OC Global was engaged to carry out a preparatory survey for the project.

OC Global conducted studies on the organization structure both in the construction and operation and maintenance phases, site surveys, and power flow analysis. We were also involved in the basic design, environmental and social considerations study, operation and maintenance plan, project cost estimate, evaluation of the effectiveness of the project, and a preparatory survey report. 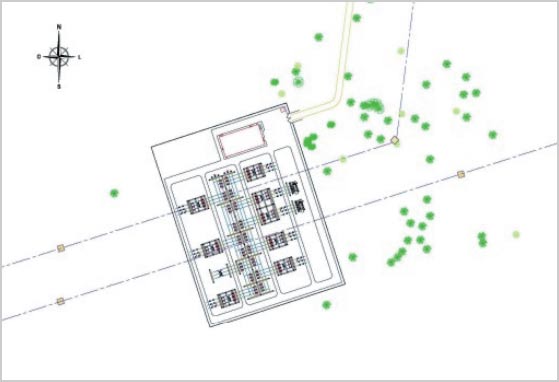 As a result of the survey, OC Global identified the following three project components that JICA could take up for implementation as grant aid or loan projects:

The Project aims to make the life of people in Northern Mozambique 'brighter' by ensuring universal access to affordable, reliable and modern energy services

“The rate of access to electricity among the population is still very low with a national average of 27% — 82% for urban areas and 1% for rural areas,”

OC Global managed a project to deploy 23 mobile substations that would secure a stable electricity supply — a priority under the Iraq Reconstruction Project.