Modernized port near Manila provides alternative for cargo and passengers.

Batangas Port in Central Luzon serves as the main gateway to and from Mindoro and Visayas. Even in 1990, the port facilities were three aged finger piers and a small backup area. It was necessary to expand the port facilities for roll-on–roll-off (Ro-Ro) vehicle ferries, domestic and foreign general cargo, and fast craft for cargo and passengers. Batangas Port Development Project Phase I was implemented from 1990–1999 to upgrade the port’s facilities.

As the Phase I development was taking place, it became apparent that Manila’s main port had reached saturation for handling container cargo and was contributing to the heavy traffic congestion plaguing Manila. Furthermore, much of the cargo traffic was generated from industrialized areas in South Luzon, near Batangas Port. The obvious solution was to develop Batangas Port for container handling. Batangas Port Development Project Phase II was implemented from 2000–2009 to construct an international container terminal to complement the Manila Port and to accommodate container vessels over Panamax size, which could not be accommodated in Manila Port due to the shallow waters of Manila Bay.

OC Global carried out the feasibility studies for Phase I and II with JICA financing in order to establish the conditions for implementing the works by funding from JICA Official Development Assistance (ODA) Loans. OC Global then conducted the detailed design for Phase I and II, including topo-hydrographic surveys; soil investigation; and detailed design of berths, yard, buildings, utilities, container handling equipment, movable bridges, port security systems, and so on. We also performed the construction supervision for both phases.

OC Global was also retained by the Philippine Ports Authority to conduct a study on container terminal management and operation, including assistance with the selection of a concessionaire to operate the container terminal. 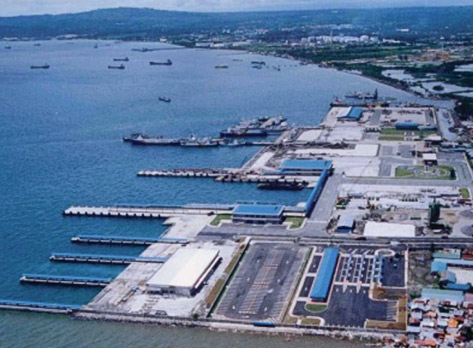 Upgrade the aged port to ease the cargo's congestion. More choices for Manila cargo, with more Industry, Innovation and Infrastructure, with strengthening its resilience and adaptive capacity to climate-related hazards and natural disasters

“In Batangas there … is a lot of space. It is not congested like Manila,”