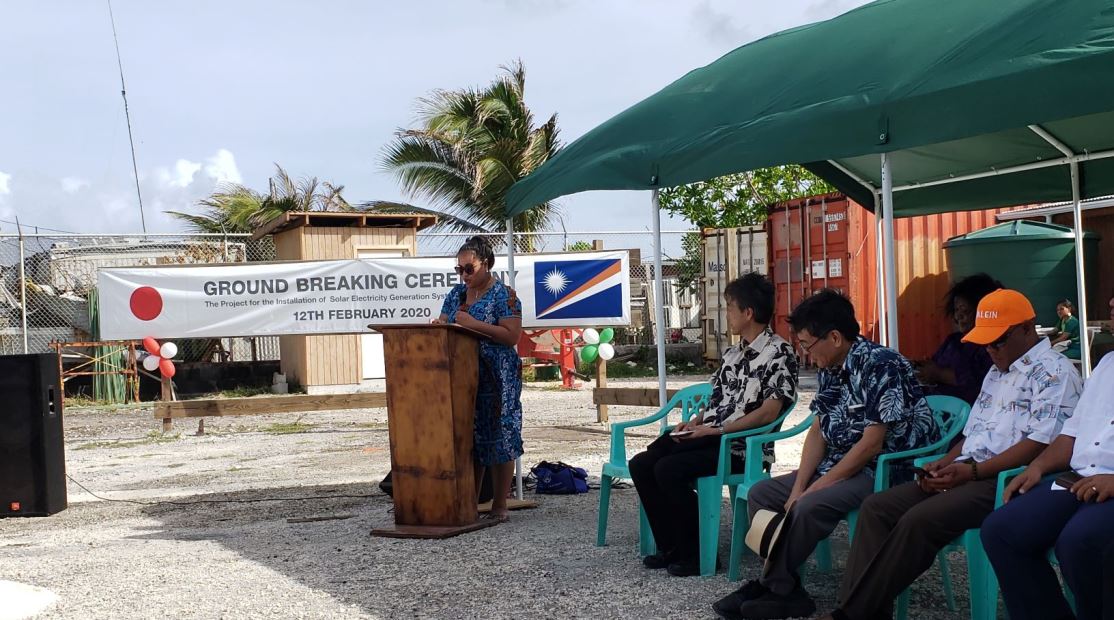 On February 12th, 2020 a ceremony to commemorate the commencement of Works for the Construction of a Photovoltaic (PV) power system was held in Ebeye Island, The Republic of the Marshall Islands.

With the participation of the Honorable Kwajalein Atoll Major Mr. Hirata Kabua, the Honorable Ambassador of Japan in the Republic of the Marshall Islands Mr. Norio Saito, the Honorable site representative of the Japan International Cooperation Agency (JICA) Mr. Shumon Yoshiara, and a large number of guests; the celebration for the commencement of the construction works was a big success.

The Republic of the Marshall Islands has a high dependency on fossil fuels for energy generation; with almost all of the electricity supply (99%) depending on diesel generation using imported fuel. This situation represents a threat to the energy security of the island nation, as well as a burden on its trade balance.

At the moment, the introduction of PV power systems is advancing in Majuro, but in order to achieve the Marshall Islands’ renewable energy goals, it is necessary to expand these types of projects to the nation’s other islands. This project includes the introduction of a PV power system on Ebeye Island, which accounts for 21% of the population of the country and which does not currently have any existing renewable energy facilities.

Based on negotiations between the Marshall Islands and Japan, using Japanese ODA Grant Aid funding, this project will promote economic and social development in the Marshall Islands and address climate change through the installation of a 600-kW PV power system with a 600kWh battery system. The system will also have a smart Energy Management System (EMS) to control generation fluctuations and ensure smooth synchronization with the existing electric power grid. Training of local staff is also planned to ensure proper operation and maintenance of the system.

The PV system will be installed on a former rainwater reservoir site owned by Kwajalein Atoll Joint Utilities resources Inc. (KAJUR), at the southern tip of Ebeye Island. Taking the environmental challenges of the island into consideration, the system will use anti-corrosion materials and will use a 4.5-meter frame structure to prevent damages from high tide events. The area under the panels will be used for recreational activities.

Oriental Consultants Global has been involved in this project since the preparation of the basic survey, basic design, and tender supervision; and now is in charge of the construction supervision and training. We believe that this project does not only represent a step forward in terms of increasing the share of renewable energy for the Marshall Islands, but also will serve as a showcase for future sustainability and economic development initiatives. 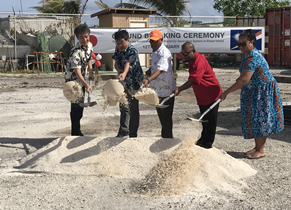 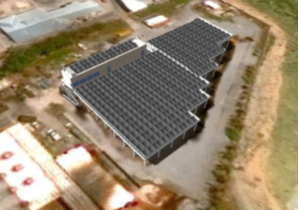