OC Global was represented at the ceremony by President Eiji Yonezawa. President Yonezawa played a leading role in the bridge’s design.

The 525 m long bridge is said to be the fifth longest cable-stay bridge in Africa. With an 80 km/h speed limit and increased load capacity, the bridge is expected to boost regional trade by improving the link between Mombasa Port and Uganda as well as the onward routes to South Sudan and Democratic Republic of Congo (via Rwanda and Burundi).

Large crowds of local people attended the opening with excitement and anticipation. After the opening ceremony, the public were allowed to conduct an historic “first running” across the bridge. Positioned to be a national icon with its striking appearance, the bridge will boost local tourism by becoming a “must-visit” site, according to local officials. 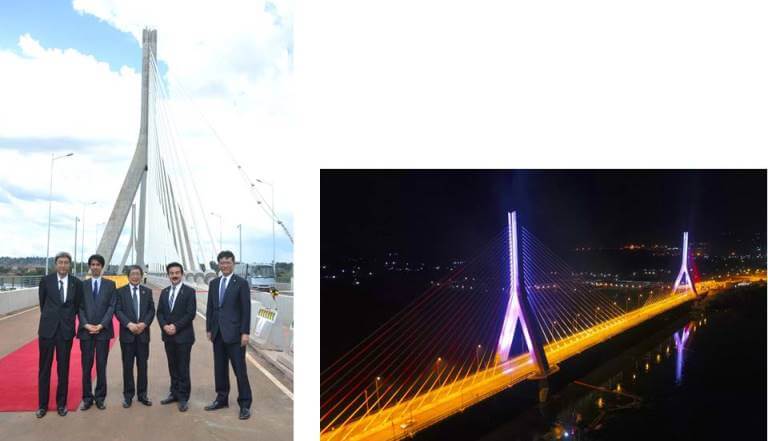