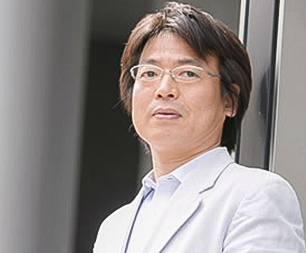 Consultants who are engaged in overseas projects can be thought of as “technology diplomats.” We building peaceful relationships between countries of the world and Japan by the spread of technology.

A project I was in charge of recently was “The Project for Introduction of Clean Energy by Solar Electricity Generation System.” This project concerned the donating of solar generation systems to several countries in the world, and was led by the Ministry of Foreign Affairs as a grant aid project.

We were entrusted to conduct this project in Egypt, Georgia, and Nicaragua. In Georgia, nine professional engineers in energy, environment, architecture, electricity, and others conducted the work from planning and design to tender assistance and construction supervision. OC Global was in charge as a one-stop service provider.

Georgia is a country that is served by more than 90% renewable energy, most of which is hydroelectric. Striving to continue the concept of an environmentally friendly country without having to rely on fossil fuels and nuclear power in the future is becoming more challenging since hydroelectric power has limited locations. Therefore, there is a high expectation for solar panels, which are less limited in respect of finding places for installation. As the first pilot project in Georgia, a grid-connected solar power generation system is planned to be installed in two places: Tbilisi airport and the Ilya National University. Tbilisi airport is the gateway to Georgia, and thus promotes the image of a country that cares about the environment.

Nevertheless, the planning and negotiations of this project were difficult. Even though both sides would agree, opinions would change at the next meeting. However, a consultant’s job is to tenaciously persuade and answer all the doubts each side might be having. This project required negotiations not only with the local government in this matter, but also with management companies of other countries involved in the BOT (Build-Operate-Transfer) airport.

After the meeting, the chief of the operating company approached me and said, “I joined this meeting to oppose the project. But after hearing your presentation, I could not be happier to join and support you.” That sentence really made my day.

Now, I am specifically focusing on Smart Community projects. The more remarkable the economic growth of these countries, the stronger demand they have for energy. However, not only are resources limited, but also there are environmental issues such as pollution, which Japan has overcome. Smart Community is a field where a fusion of various infrastructure technologies is required, such as environment, energy, transportation, and communication. Therefore, a wider range of knowledge is necessary.

As a new approach, toward the realization of a low-carbon society, Smart Community projects work through the cooperation between cities of developing countries and regional cities in Japan. Now, I am working on a study of wood waste biomass power generation based on the inter-city cooperation between Kawasaki City, Japan and Penang, Malaysia. As a new and challenging project to fuel power generation by using wood chips that are currently being wasted, and by obtaining profit from electric power, we aim to commercialize the project through private investment without using the government’s budget. By succeeding in introducing energy out of waste processing, which has otherwise been a problem, it is intended to contribute to environmental conservation and economic development.

In this case, we shall be using low environmental impact technology as much as possible, by working on the project in conjunction with environmental technology manufacturers, who are doing waste power generation business in Kawasaki. In order to realize this, it is necessary for the government, the local residents, NGOs, as well as the local waste service company to keep updating and communicating with each other while proceeding with the project.

I hope the examples above show how the work of a consultant to manage overseas projects makes us technology diplomats. Through such technical projects, we contribute to fostering good relationships between Japan and the countries of the world.