Home > What We Do > プロジェクト > 軌道交通 > Dream Link for Turkey

Help ease traffic across the Bosphorus in rapidly growing Istanbul

OC Global is part of a team that has linked railway lines on both sides of the Bosphorus with a submerged (immersed tube) rail tunnel crossing the strait.

One of the most important problems in Istanbul is the difficulty of traffic management resulting from the rapid population growth and increase in traffic. The heaviest traffic can be seen on the bridges over the Bosphorus. Two bridges and several ferryboats have been insufficient, resulting in frequent gridlock during the morning and afternoon rush hours.

To address this issue, the government of Turkey initiated the Marmaray Project to provide railway service under the Bosphorus to connect the area between Sarayburnu and Üsküdar. 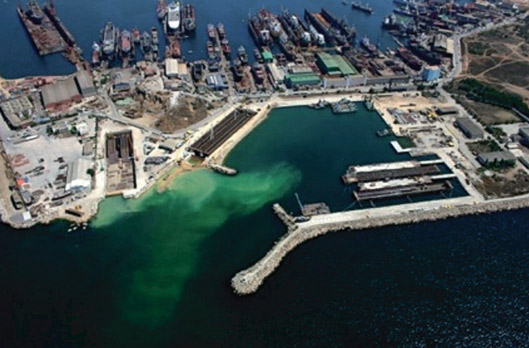 The Project is made up of three construction packages:

The Bosphorus Crossing package, including construction of the immersed tube tunnel, bored tunnels on both sides, and four new stations.

The Upgrading of the Commuter Rail package for a distance of 63 km, including installation of a third rail (for power supply to trains), full upgrading of the existing tracks and stations, and new signaling, communication, and fare collection systems along with a new operations control center.

Procurement of New Rolling Stock package, including introduction of 44 sets of 10-car trains.

The Marmaray Tunnel officially opened on 29 October 2013, the Turkish Republic’s 90th anniversary. The Ottoman dream of 150 years ago was realized with the Marmaray link between Europe and Asia, uniting the land masses and the people of the two continents.

Work on the commuter lines is nearing completion.

Revolutionizing transportation culture in the heart of the Capital.