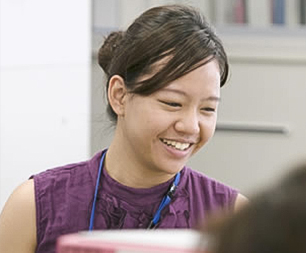 I shall contribute to the company in a unique way, bringing new and different perspectives as an Indonesian who has studied and lived in Japan.

Japan has always fascinated me ever since I was a child, starting from its world-famous manga and high-end technology to its tenacity in overcoming natural disasters, earthquakes in particular, that result in an in-depth know-how of developing a seismically strong environment, has inspired me to study architecture in Japan.

Despite the fact that I had spent six years, or about a quarter of my life in Tokyo when I started my job-hunting experience here, I found it difficult to “keep my cool” here among all the other young and eager Japanese in “uniforms” (compared to other countries, Japan has strict head-to-toe regulations on how you should present yourself at job fairs and interviews), unsurprisingly because most of the architectural and engineering companies I applied to did not have any scheme for accepting non-Japanese applicants, leaving me with no choice but to prepare all the essays, interviews, and presentations in Japanese. Frustratingly, some of the companies that were actually looking for foreigners were mostly, if not all, targeting them for administration and translation work.

My luck changed when the professor from my university introduced me to Oriental Consultants Global, a company that he believed would suit me well. He told me that OC Global works specifically in overseas projects. To me, the job sounds close to perfect: not only will I be able to utilize my engineering background and my fondness for communication and meeting people globally, but it could put me at the forefront of being a bridge between Japan, my home country, and the world.

I joined the company in April 2013. Being the only foreigner out of the 29 people hired under the new graduate program motivated me to stay positive and dare to be different, despite the insecurities and lack of confidence that are commonly felt when entering a new community. I decided to stop feeling shy about my Japanese speaking skills and decided to teach other languages that I am familiar instead, such as Indonesian or English, to boost my self-confidence. I realized that to OC Global, diversity is an asset for the company to grow and shine. I shall contribute to the company in a different, unique way with different perspectives than my colleagues, as an Indonesian who has studied and lived in Japan, and as Puji myself, who is known for my cheerful character and shameless sense of humor!

Entering my third year in the company, I took some time to reflect: (1) on the working environment in the company: how it’s getting even friendlier to foreigners; (2) on the two projects I was involved in and many others I helped: how it has helped me grow in experience and self-confidence, as well as the chance to learn both technical and life lessons; and (3) on how OC Global has helped me in achieving my own personal goals: to expand my professional network in Japan and in Indonesia.

Special note regarding the work environment. Unlike many Japanese firm’s infamous image of the never-ending overtime work, I find OC Global, specifically the Department of Architectural Development, to which I belong, is very flexible regarding working and holiday hours, and is attentive to what its employees have to say: we conduct one-to-one feedback and evaluation meetings with our Director every six months, where we can freely express any wishes, complaints, or plans, both work-related or family-related.

Regarding work, in spite of my young age, OC Global lets me get hands-on experience in site surveys, direct negotiations with counterparts of the related countries (in many cases government officials and staff), and opportunities to live and connect with the local people and their diverse cultures, unlike many other Japanese companies that tend to have a strong hierarchy of juniors-stay, seniors-go.

Finally, as an independent international consulting engineering company that focuses specifically on global challenges in developing countries, OC Global is now more-than-ever opening doors for non-Japanese people like me to join our team in making the world a better place.

Psssst! BIG chance and GOOD news! Japanese language is NOT compulsory if you have a strong will and the skills to work with us. Everyone in the company can communicate in English, and many can speak French, Spanish, and Indonesian! Hesitate no more. The TIME for you to contribute to the world is NOW!